Money to be WiSOP or Peace

To us money has no real value. It is a mere instrument. It should have been used not primitively to enrich just a few, but to make sure that no child, no woman, no man, young or old, black or white or of any colour, of whatever religion or no-religion that revere the same essence, any man or woman whether straight, gay or of whatever gender… is left out in the cold.

Such a shame and bloody primitive for a banking group to advertise in one of the most respected media and say that “wealth is the ability to say to the world to get lost”. We propose this bank to analyze as penetratingly as we did, what effect this kind of attitude has had on the banking sector and on society as a whole.

We vividly remember that we commented quite extensively on that abominable advert, that was so disgustingly primitive even though the directors are paid amounts that could feed whole villages of people that could live in harmony with themselves but do not have the means – often not enough to feed themselves and their kids. Indeed primitive from the perspective of Peace, Natura Pax or genuine humanity.

Paradise for the limited few

We called that bank and asked for some advice about investing a substantial capital in green projects. We almost immediately got a reply. They were smelling money. The reply was indeed about green investments, but it came with the recommendation to keep the money offshore in one of the fiscal paradises that are so deeply primitive that they stand in the way of true civilization and even true democracy and true peace deals!

The paradises may look gorgeous on the outside, but in WiSOP they are an obstacle to Peace.

We immediately replied to the bank and said we did not refer to financial capital or money, but instead to human capital that to us is worth so much more.

While writing this, we are taken to Davos – not in a private jet but in thoughts – where the limited few gather in highly publicized meetings of the top of the top. What is top? What is not? It all depends on the definition and on the values that you have deep inside of you. Clearly, many of the so-called top do not share our values. We have always felt they did not meet to improve the state of the world for all of us, but instead of the limited few. We even wrote that they had better merge with the WSF or World Social Fund to really tackle social and economic issues that matter to all of us and to Nature. No wonder one of the top was able to advertise “wealth as the ability to say to the world to get lost”.

Making sure the world does not get lost

We told that bank we would stay onshore instead of moving offshore in case offshore became flooded. We promised ourselves we would do all that we can to make sure the world did not get lost. The crisis – financial and economic and political and social and family and relational – was bound to happen and it did in 2008 (ordinary people suffered most and still do today with austerity having led to even more injustices and hardship).

The crisis was largely created in often extravagantly luxurious boardrooms with bankers that hardly ever cared about the small client that works hard from dawn to dusk and still has difficulty to make ends meet. He is rewarded too little for his work because most of the money he helps to generate, does not flow towards the basis/generator of productivity but, instead, to the top (of the top).

Yes, the crisis was bound to happen and it was well on the way to happen again. The coronacrisis was bound to happen as well, as it is largely the result of the mistreatment of Nature and of people. Banks have played a major role in this mistreatment as they have stimulated investments in damaging activities. Also, science has not always been kind to Nature, though it is our main partner (you respect always and wherever).

Let us be clear that there are bankers and bankers, not all of them are bad or primitive as we call it. We know some very good bankers. People like us who care first and foremost about people and then about the money. Who took and take time to listen to the client, who did not just come to the bank for money matters, but also because he wanted to have a chat. Even though he did not always get the interest on his investment that he had expected, he was glad he had had a good chat.

Real value is not expressed in money

Maybe we need to change the whole banking system so as to make it what banks should be: being at the service of the client helping him to make his dreams come true, to bridge two financially difficult months, to help him with his investments, to make sure his savings are safe… and to be there for a chat.

Just imagine all banks being just a wall without feelings or not listening or not interested in you as a person, but in your money only. The more you have the better. Because so-called private wealth managers are trained or should we say brainwashed into believing that money will allow them to feed the Golden Calf they adore. Their brains often do not seem to function well (most probably the reason why some did not have the capacity or ability or enough WiSOP to see that their famous advert was completely the opposite of what it should have been “wealth is the ability to say to the world that we make sure it does not get lost”. Imagine all the people having to interact with robots and talking machines and what not…

No, money has to be relegated to the position it deserves: a tool for progress and for boosting humanity overall. Not an aim in itself generating wealth while damaging people and Nature.

Machines are OK but if they substitute human beings that are so precious just for the sake of allowing the top of the top – even though having a primitive philosophy – to live in skyscrapers that seem to have no limits as to height, luxury and extravagancy, we are indeed heading towards a disaster much bigger than in 2008.

The bank advert sharpened our observation and awareness of what this world was going to be if no action was taken to prevent that the train we are all on will finally drive us all into a ravine.

We need a new kind of drivers and new instructions based on humanity! Natura Pax was a kind of liberation showing how shackled we all are to the concept “money first and people and Nature second or third”. 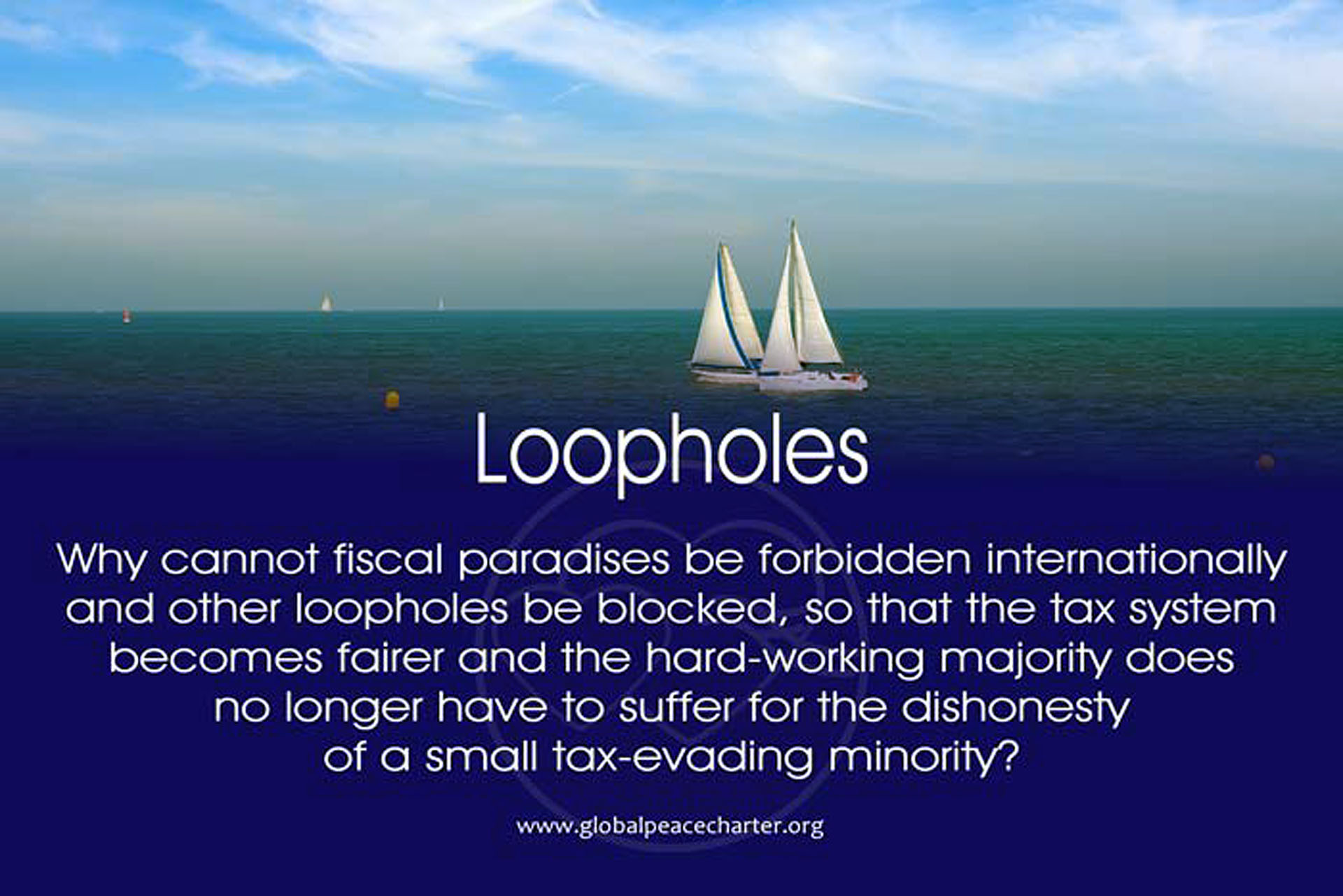