Fake no more – misleaders no more.

We hope you have received our messages. We were a bit nervous when we started sending messages, because we felt they might not be interpreted correctly.

But something inside our very self told us to go for it. It told us that there were still a lot of people that can be trusted in this world of fake and confusion and that could help us with the Danellandia Peace Initiative or Campaign for Peace and Justice.

Social media were generally planned to help people to communicate, but now they are more of a marketing tool generating billions in advertising. They often help to spread fake news and cause confusion in people. So, we do hope you and your colleagues will be willing to help to spread our articles and other material.

Social media have become like octopuses grabbing us with their many tentacles to suck as many details about us and our friends out of our outer and inner body. It is indeed exhausting. We need to create an alternative internet where people can breathe freely instead of being bombarded with cookies of very bad taste that do not respect people’s privacy. The cookies are linked to a whole range of pages with service conditions that hardly anybody reads but that allows those octopuses to track and trace you for commercial purposes and other purposes we may never know. Their influence on our opinions and feelings is way too strong. In WiSOP speak or in the language of Peace, algorithmetizing and monetizing everything is of very bad taste and not permissible.

Journalism as a guardian of real values

“We have been reading your newspaper and other investigative journals for many years now. We have read articles we sometimes said they could have been written by people having gone through life experiences similar to ours. Experiences that have had a lasting impact on our way of thinking and our growing unease in this world of pure madness. It is pure madness”.

Madness reflected in these lines that we wrote a while ago:

“When sugar starts to taste bitter and sour, it should be clear that fake and confusion are destroying our world.

When sugar and salt taste the same, nothing will be left.

It is time sugar tasted like sugar and salt like salt to make our world livable again”.

Yes, indeed. When after writing these lines about salt and sugar, we went to the local supermarket and observed shoppers coming out of the shop, we said we did not see many smiling faces, but a lot of faces that expressed so many worries and burdens to carry.

In our “modern but primitive” society of today, a lot of people – and their numbers are growing – are treated like slaves of a voracious type of marketing. Itself at the service of a business world addicted to “profits at any cost even when it means damaging people and Nature”.

We have become fully aware of it and were made to worry so much after some of us had to take courses in marketing years ago. Indeed, the courses were very expensive and so supposedly very good.

Well, that was the opinion of the others that obliged us to take the courses. At the courses, we felt disgusted at what we heard.

We felt the courses were not about marketing but about blatant manipulation and abuse of people’s inner being. We could not be part of that. Indeed, now many years later almost everyone sees and feels the abuse and manipulation.

Our society and world are largely based on the acceptance of primitive drives (to dominate and exploit other people and Nature even if it causes damage so huge). That has led to a world where many people feel excluded or being lived. 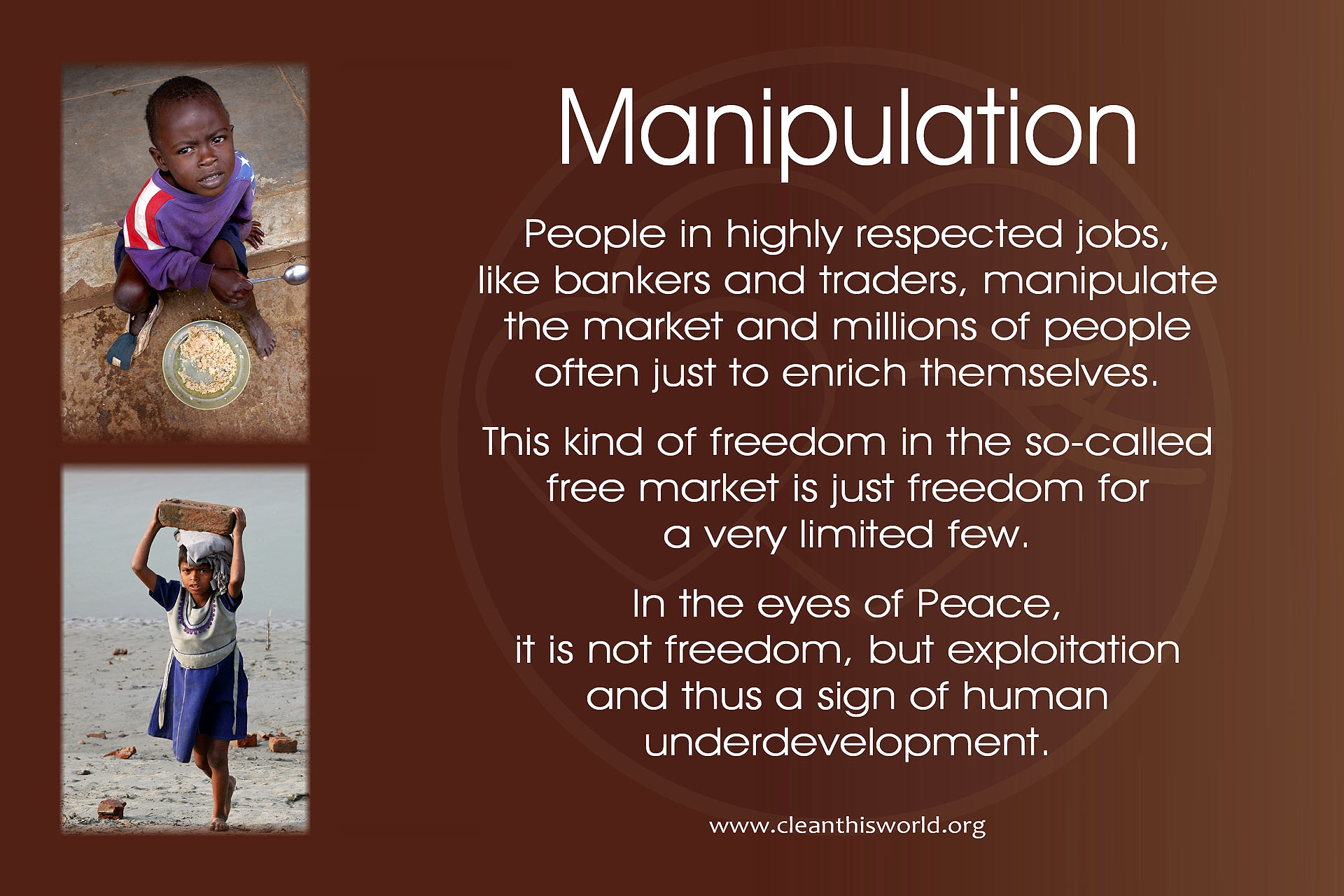