Politicians are often not heart-to-heart.

Politics seems more of a game than serious business. Politics is more than often dividing people into groups or categories and antagonizing these groups. Politics can then defend the various groups and have a “raison d’être”. Politics should become paxitics or paxitism. We need a beacon to get us out of the mess this world is in: Peace and universal human values to build a green, healthy, fair and honest future on.
Share on twitter
Share on whatsapp
Share on linkedin
Share on email
Share on facebook
Share on telegram

As interpreters and translators, we had the opportunity to meet fantastic people in the Dept. of Justice. People that told us about the impact of the changing political leaders on their jobs and working of the Justice Department.

We met many that we connected with from the start. Yes, again, it felt as if they were thinking the same about justice. They even confided in us even without saying anything in particular but their heart told us – we will never reveal any names. They felt frustrated by the way some of our politicians treated them.

It is easy to blame others for issues they cannot really do anything about. When you start to criticize the people that are victims of the system that politics have helped to make a mess of, that is injustice too. A mess largely created by the “legalized illegalities” (laws approved because of lobbying and benefiting some to the detriment of many other groups – locally, nationally and globally. Laws and rules that change when a new political party or politician takes over).

Well, we could go and on about justice. It is one of the 25 values that our project for Peace and Justice has selected as the platform for our global “clean-up operation” – so to speak. It is a basic value in the Constitution of Danellandia.

We want to redefine justice and to analyze society and the factors and actors now making society an environment that people do not feel comfortable with or in. And causing a lot of problems from psychological to criminal ones. Writing this, we think of some wonderful people that left us because they could not cope with the way society is organized or with the false promises and fake feelings it imposes on us.

We have accumulated so much information ever since we were kids. We had the chance to be born in a loving and caring environment…

Throughout our life, we have met many people. Some of them have become friends for the rest of our life. It are people from different countries, races, gender, religions, non-religions, political orientations… But we do get on very well. Because we talk not only through words, but also heart-to-heart or with our very being and personality. Trust and openness are major elements.

That has inspired us to do something about justice. Or should we say “legalized illegalities”?

Poverty is injustice done by those that helped to legalize illegalities that benefit a few at the expense of so many. But in the end, it works like a boomerang. We will try to make them realize that and accept it cannot but change.

Because we are quite sensitive and talk heart-to-heart, our empathy is rather strong and so we suffer when other people suffer and especially so when they are victims for which our “modern” world does very little or nothing. It is not modern but very very primitive. It shows many leaders to be not leaders but (great) misleaders.

Translators and interpreters now working for Justice have new tools to make work faster and easier. Like translator apps for instance. As an example, please try www.deepl.com and similar applications to read this text in another language,

It shows you that artificial translations are becoming better by the day. They can help people to communicate better and faster.

Translators could do more work besides translating and revising texts. They could help to foster peace and understanding by helping to translate and/or illustrate sites (like ours). Or they could maybe create their own websites where they gather people around the Danellandia Peace Initiative (see Ramitos or DNA World Villages).

Those who like to be with people, could retrain and become “listening ears” or “hearteners” to listen to people not having anyone to talk to or to help with the administrative tasks of the police force. The police could then work more effectively.

Maybe some translators and interpreters could become our colleagues and be Ambassadors of Nature and Peace as well!

Many thanks to all of you that we had the privilege to work with. You have helped us to make the foundation of our project even more solid and certainly worth building a different kind of society on. Because working with you has allowed us to see the effects of all the fake and confusion, false promises and mismanagement first-hand.

If you want to know what our project is all about and how it is developing, please visit us here or at www.danellandia.org regularly.

Our dream it would be that the European Union or the United Nations develop or buy the translator apps, so as to keep them free from advertising often misleading and confusing people. It would help people to communicate across all borders, without having to worry about being tracked all the time to be algorithmetized and monetized. We would also like to ask them to reduce the cost of communication (phone, internet, etc.). Our dream it is to connect all people around the world to a clean internet where universal human values are shared and promoted to the betterment of the world as a whole.

What better way to peace and understanding than by being able to communicate well? It would help to do away with prejudices often abused by primitively thinking businesses and politicians. The many friends we have in many countries around the world and here are proof of that. We tore down the walls imposed on us sometimes by politics and what not.

You should have read or heard their reactions when we decided to launch RAMITOS. No fortune however big could ever provide such satisfaction. We stimulate one another to go on with this project. “The Greenpeace of Ethics”, “messages straight from the heart of Pachamama”, “the Embassy of Nature” were some of their reactions.

Project of Peace with and for all

People stacking away millions in primitive fiscal (anti-)paradises and not paying their taxes, while using the local infrastructure, are missing out on the best every human being is born to develop and share: love (in its many forms). We will give them many suggestions to become aware of the fact that they are a danger to themselves as well!

We want to invite them to contribute to this global clean-up operation as well. A clean environment will make breathing and living for them easier too. 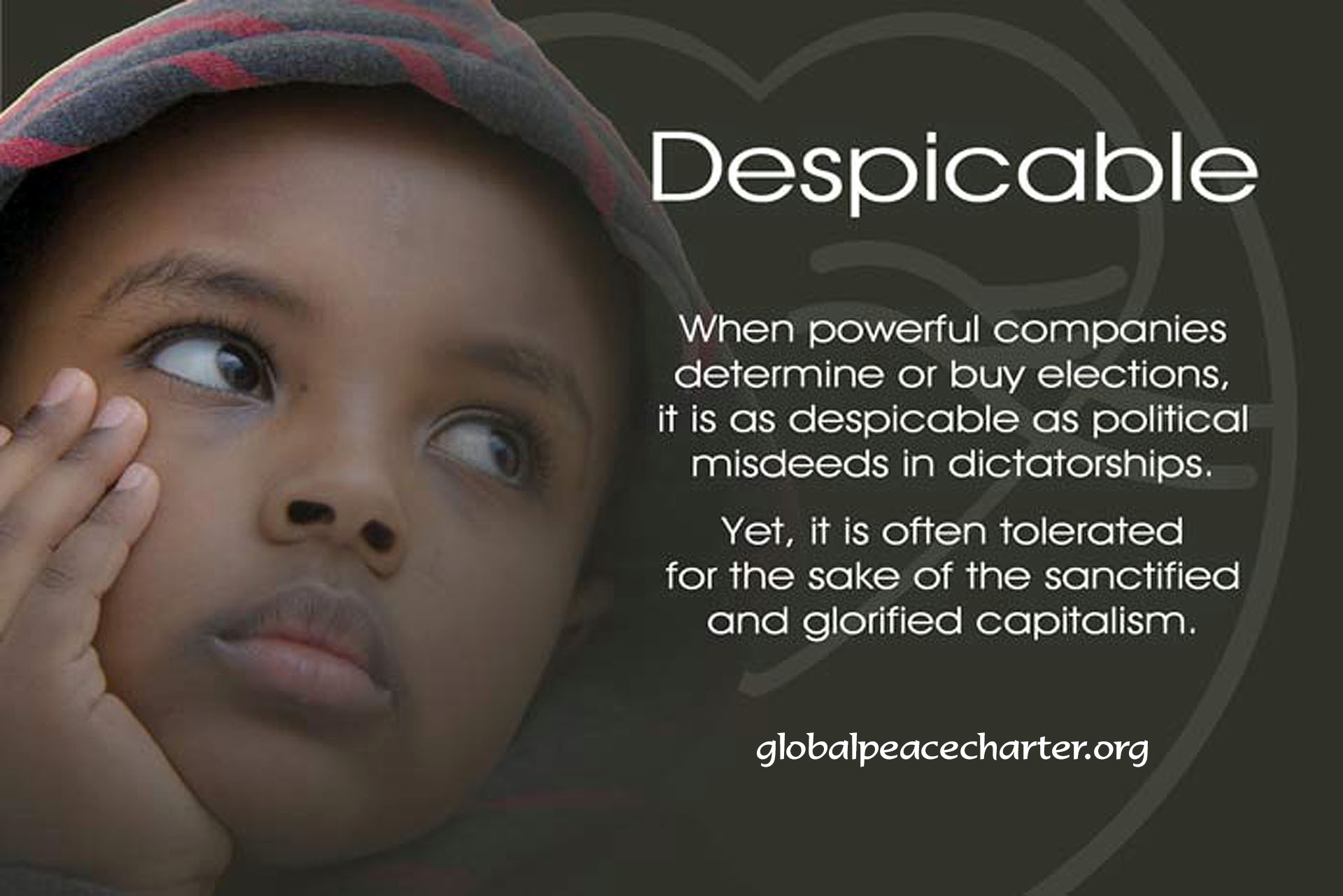