Homework for all Nations.
Unfortunately, still not truly united.
Urgent call: Security Council meeting to decide to Save Planet Earth and us all!

Dear fellow citizens of Earth,
Dear leaders in all countries,

“Let’s unite to save us all” – the only option

Again we are deeply disappointed about the UN and most countries and world leaders. At both the UN General Assembly in September and the COP26 Climate Conference, the main tenor was still “divide and conquer”.

All the divisions – present and past – have led to the turning point in history we have now all arrived at: either “divide and conquer” or “unite, naturalize and humanize”. Either “some win, yet we all lose” or “we all win and no-one loses”. Either “waiting for disaster to strike” or “joining hands across all divisions and make sure disaster is averted”.

We all need Peace now! We need the Natura Pax Convention (NPC21). All leaders of countries, in politics, business and other fields should take or – if we heed Natura Mater’s SOSs- demand them to take the Natura Pax Vow and pledge to work together for global Peace and Justice.

Because this world is run on negative energy. Energy produced not by “the small or powerful generator whose energy is waiting to be released” (as purportedly Albert EInstein or someone else defined it in WiSOP or language of Peace), but by a mind misled by the wrong premises, namely a historical or even primeval aberration and lie that have kept us all from fully generating love in all its forms.

The aberration consisted of dissociating Natura Mater or Nature from the Superior Intelligence or the Divine or MPTA (Love, Heart, Soul, Peace, Nature and more). The lie consisted of considering some to be superior to others and to Nature and granting them the right to exploit and abuse other people and Nature.

This world and all countries and all parties – political, social and others – need to unite. It is the only option to tackle and solve the many problems Humanity as a whole is facing: Nature degradation, climate change, poverty, crime (including cybercrime), economic exploitation of people, tax evasion, abusive monopolies, human trade and so much other violence of different kinds.

This world and all countries divided by different ideas, philosophies, theories, prejudices and other factors and actors, need a common beacon or guideline so as to find common ground to build a world of Peace and Justice on – a New World for all people and for Nature as well.

In 2004, a kind of Pact between Nature and Humanity was seen in a dream. It was a “Dream of Peace and Liberation”. It was as if Nature and Peace showed us the divisive impact of so many factors, beliefs and actors on the way the world today is run or functioning. Not well, anyone will agree.

The New World Pact or Natura Pax called for people across all borders, walls and other divisions to unite. No matter their country, nation, race, skin colour, political or economic system, religions or no-religions and gender.

The New World Pact called for a World land of Peace to be created and to which all people in all countries and nations world-wide would belong.

“Divide and conquer” needed to make way for “unite and survive”.

All existing borders and other divisions, as well as all laws and rules supporting the innumerable, costly and counter-productive divisions would be held against the light of Lex Mater and be adapted accordingly. It would allow leaders, other people, countries and nations to find the common ground to build a green, fair, healthy and sustainable future on.

On the basis of what was shown in the Dream of Liberation, a group of friends started analyzing the present-day world and its many problems against the New World of Peace and Lex Mater presented in the dream.

They discussed about the present world and its problems for many weeks and months with people from around the world, from different backgrounds and countries. On the internet and in real life.

The main conclusion was that violence was largely the result of the lack of Peace, which they defined as the respect for universal human values or true humanity. Values they found to have in common though they lived in different countries and belonged to different races, religions or none.

They created the imaginary new world land called Danellandia and based its Constitution and other legislation on the Lex Mater or Peace as the respect of universal human values.

They drew up the Natura Pax Convention (download NPC).

On 12.12.21 we launched the Campaign for Peace and Liberation. All leaders and other people are requested to take the Natura Pax Vow pledging to cooperate more and accepting the New World Pact or Natura Pax Convention and the Lex Mater or universal human values as the common guideline and beacon to set sail to the New World or World land of Peace and Justice for all and for Natura Mater or Mother Nature. We are all aboard the same vessel called Humanity. There is no second vessel.

On the Natura Pax site leaders and others will be requested to register that they take the Natura Pax Vow confirming their official acceptance of Natura Pax or New World Pact between Nature and Humanity as a beacon or guideline. Pledging to take Peace as being the respect for the Natura Mater universal human values and presenting concrete actions and timetable to realize the Pact and save Earth.

The overwhelming majority of people around the world are desperately waiting for all leaders to rehumanize and renaturalize or “summonize” (adapting to Natura Pax) and save us all, including all leaders as well.

The United Nations could finally be truly united and become the Global Peace Authority the world urgently needs. A new International Court of Peace and Humanity could be set up to judge violators of the Natura Pax Peace Accord.

The world definitely needs drastic measures that are respected across the globe and all borders and walls. We are all at a turning point in human history. Change is the only option. 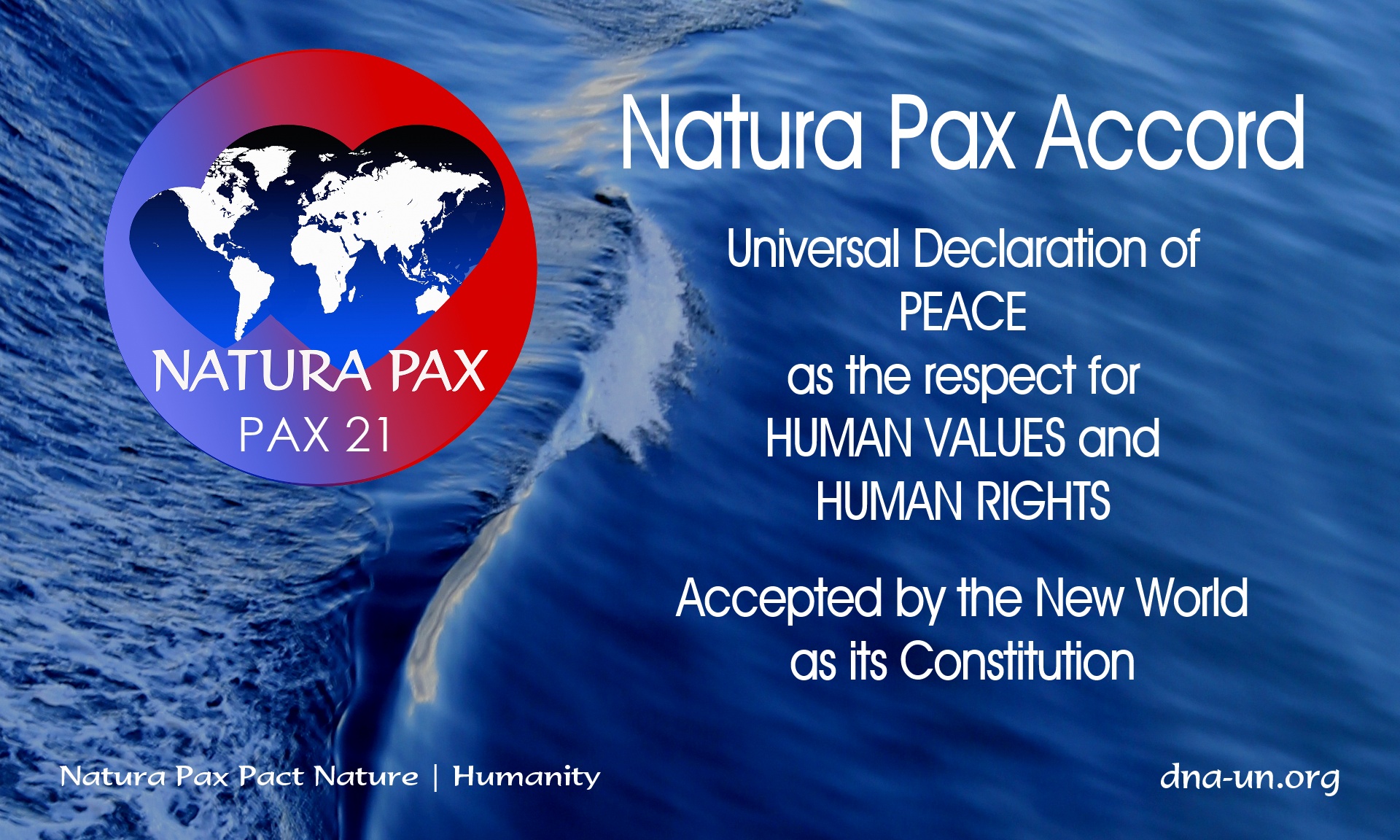 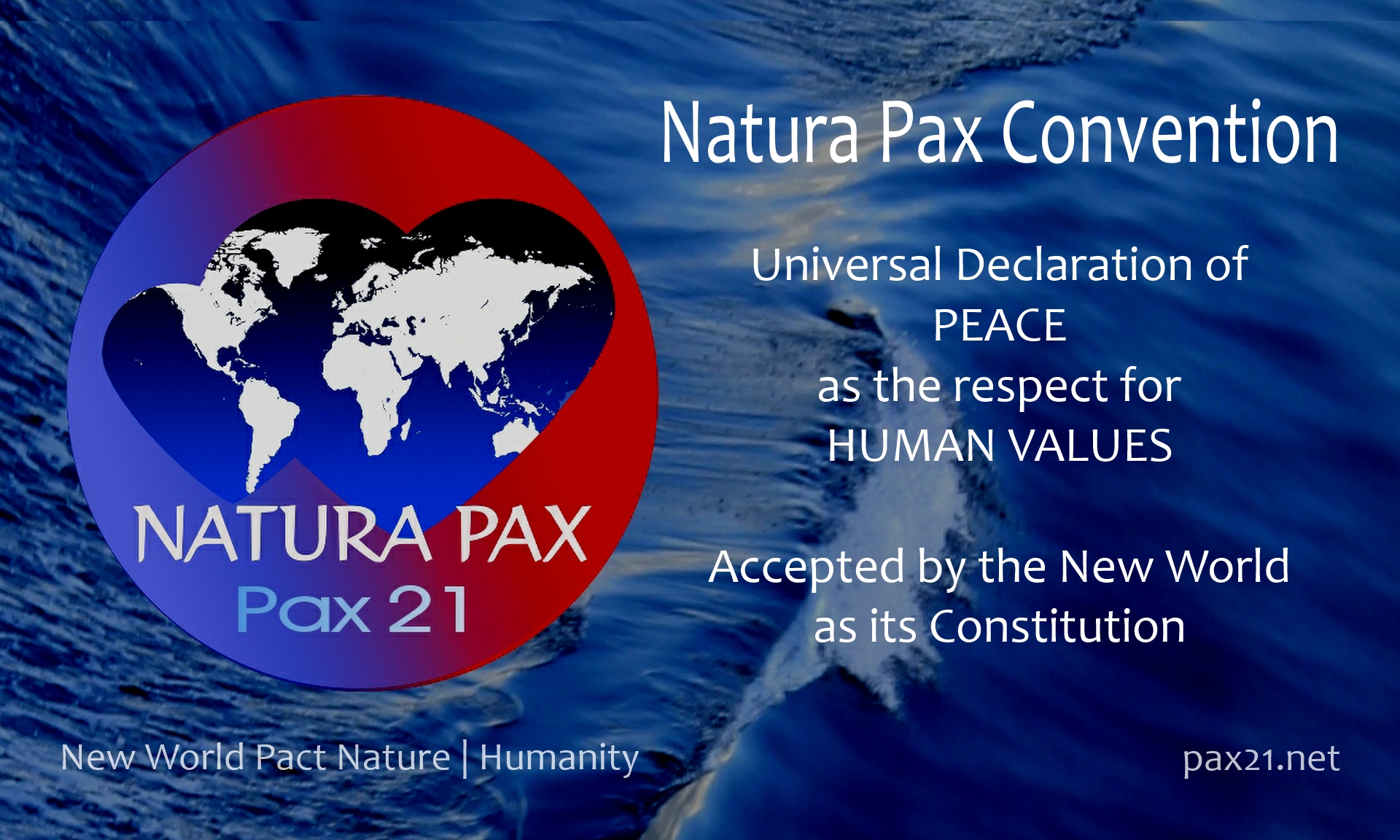 AMBASSADORS OF NATURE AND PEACE

People from many countries around the world of different races, religions or no religion… but all having a deep respect for Nature and for other people met on the internet and in real life in the early 2000s.

After extensive discussions they defined peace as the respect for human values. They launched the DNA Peace Initiative.

They discussed about all aspects of life and of society. They found they had a lot in common. Especially their empathy. It is very strong and they suffer when seeing the violence and suffering so many leaders and other people cause to one another and to Nature. Violence and suffering that have come to be accepted as normal. To them it is not normal, but primitive in the sense that is shows the growing disconnection between Humanity, Nature and Peace.

They found that they also had deep faith though they belonged to different religions or to none. Their faith is the belief in goodness and the willingness to bring it out. Faith that has no borders and that can penetrate all walls.

They defined 25 basic human values as the basis of their Global Peace Initiative they called Danellandia or World land of Peace. Its aim is to try and make leaders and other people world-wide more aware of the importance of basic human values and to convince them to change course (from destruction to construction of a world all can call home). Values to be respected if we want to keep planet Earth livable. 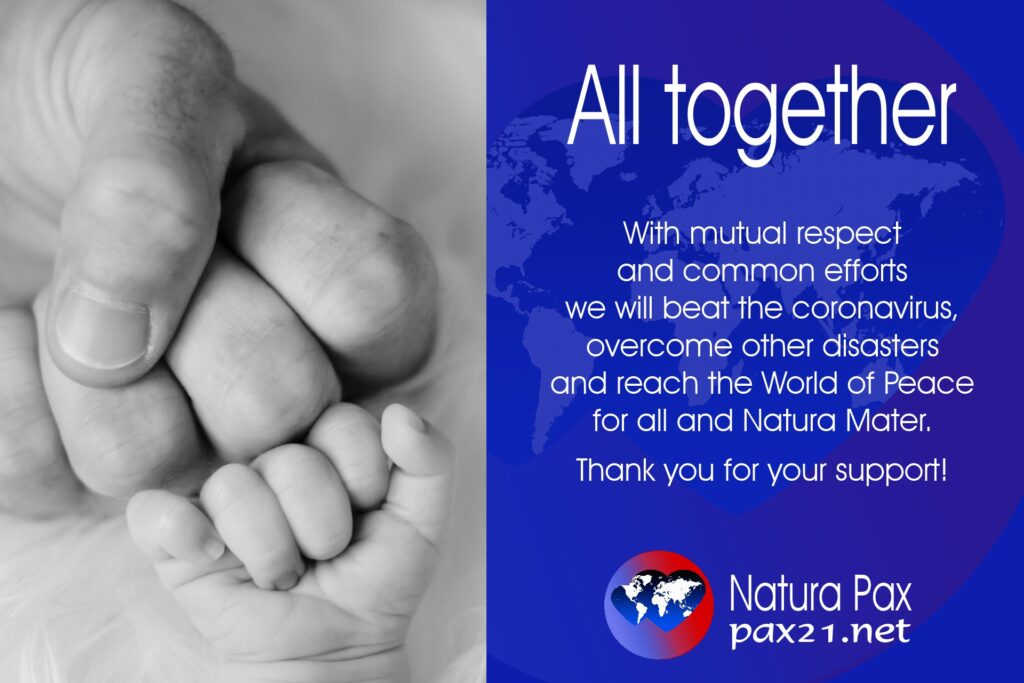 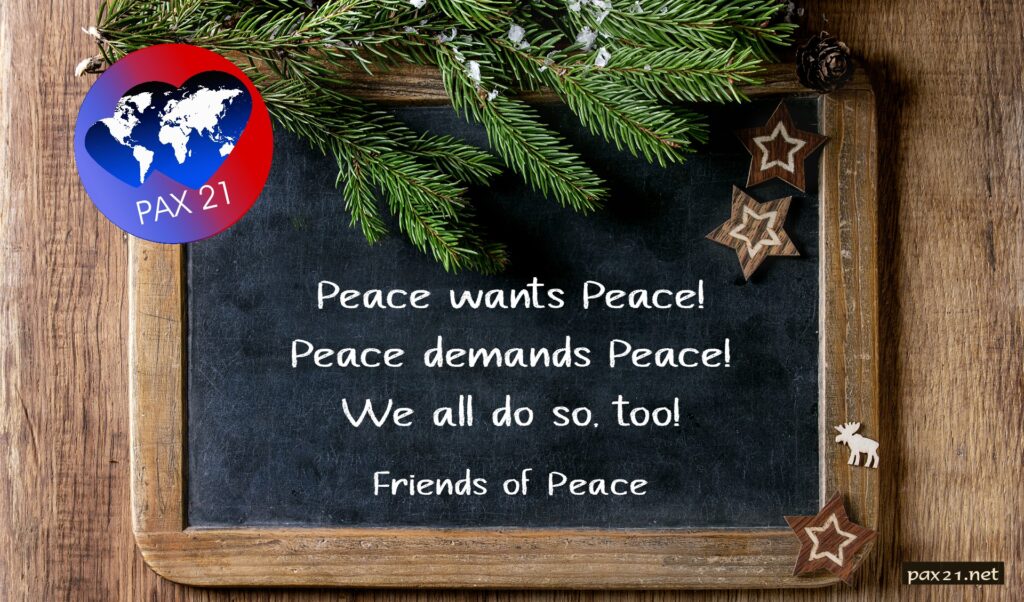